A GODZILLA: Planet of the Monsters timeline distributed at AnimeJapan 2017 mentions that Orga attacked Turkey in May 2022, causing 11.5 million deaths.[3] 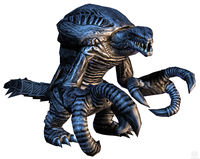 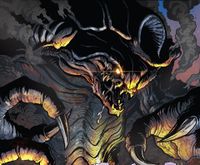 In the Godzilla video games developed by Pipeworks and Atari, Orga is given an all new arrangement of roars in addition to his original Japanese roar. Most of these new roars are guttural roars and snarls which are adapted from wolf growls and human rasping noises and lowered in pitch.[4][5]

↑ back to top ・ contents
Retrieved from "http://wikizilla.org/w/index.php?title=Orga&oldid=77705"
Categories: