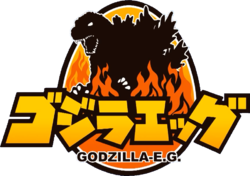 The line was released in Japan in late March of 2014. The figures each consist of two modes: E.G. (egg) Mode and A.T. (attack) mode. The first figures to be released were Godzilla, King Ghidorah, Mothra, Gigan, and Mechagodzilla. The initial release price for each figure was 1,000 yen.