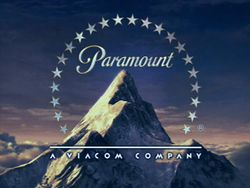 Paramount Pictures Corporation is an American film studio and a subsidiary of the media conglomerate Viacom. Founded in 1912 as Famous Players Film Company, it quickly became one of the major Hollywood studios, a position it retains to this day. Its signature franchises are Star Trek, Indiana Jones, Mission Impossible, and Transformers.

Among giant monster fans, Paramount is known for producing the 1976 King Kong remake, releasing the Toho films formerly owned by UPA on VHS and LaserDisc in the United States, and distributing every entry in the Cloverfield franchise.

↑ back to top ・ contents
Retrieved from "http://wikizilla.org/w/index.php?title=Paramount_Pictures&oldid=127498"
Categories: