Monogram International, Inc. is a company that releases gifts, toys, collectibles, and souvenirs based on licensed characters. Beginning in 2019, Monogram obtained the license to Godzilla to coincide with the release of Godzilla: King of the Monsters, and has released several pieces of merchandise based on both the new film and the classic Toho films. 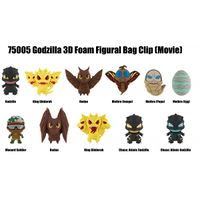 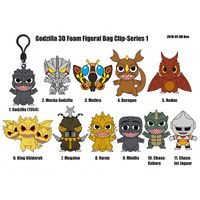 The Godzilla Cute Bank is a coin bank shaped like a super-deformed depiction of Godzilla, and is listed as "coming soon" on Monogram's official website.

The Godzilla Deluxe Lanyard includes the Japanese titles of all the live-action Toho Godzilla films along with an illustration of Godzilla. It too is listed as "coming soon" on Monogram's website.

A PVC bank modeled after the GyakushuGoji suit from Godzilla Raids Again is also listed as "coming soon" on Monogram's website.


↑ back to top ・ contents
Retrieved from "https://wikizilla.org/w/index.php?title=Monogram_International&oldid=167267"
Categories: