Funko is a toy company that focuses on making stylized pop culture vinyl figures. It has released Godzilla figures as part of its Pop!, Hikari, and SciFi Mystery Mini lines, along with a Pop! of King Kong from Kong: Skull Island, and will produce figures for the upcoming Godzilla vs. Kong.[1] 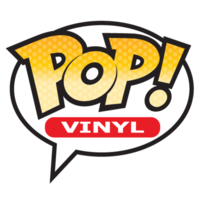 The Original Black and White variant of the Godzilla figure was sold at New York Comic-Con from October 8-11, 2015.

The Burning Godzilla variant was exclusive to the online store GTS Distribution.

The Ghost Glow variant of the Godzilla figure was sold at New York Comic-Con from October 8-11, 2015.

The Atomic Breath variant of the Godzilla figure glows in the dark, and was sold as a PX Previews exclusive.

A variant of the Godzilla Pop! figure with gray skin, white eyes, and purple dorsal plates was revealed in April 2018 and is available exclusively on the Books-A-Million website.

A King Kong Pop! figure based on his appearance in Kong: Skull Island was revealed on November 30, 2016 and released in January 2017.[3] This was the first product to include the MonsterVerse logo on its packaging.

A Godzilla figure was released in FunKo's Hikari line in April 2016. 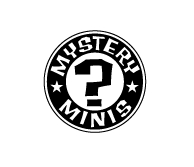 Funko revealed a board game based on the Godzilla franchise at New York Toy Fair 2020. The game includes pieces based on Godzilla, Mothra, Megalon, and King Ghidorah. It was released in June.

This is a list of references for Funko. These citations are used to identify the reliable sources on which this article is based. These references appear inside articles in the form of superscript numbers, which look like this: [1]

5 months ago
Score 0
Please You Forgot Toho Monsters Funko Pop!? with Showa!? Or Heisei!? Or Millennium!? Or Tristar!? And Or Monsterverse!?
Permalink
You are ignoring the author of this comment
Show comment | Manage ignore list

5 months ago
Score 1
Can't forget what doesn't exist! I'm aware that the names of Godzilla vs. Kong Pops have leaked, but we try to wait for things to be a bit more official before we add them to the site.
Permalink
You are ignoring the author of this comment
Show comment | Manage ignore list

46 months ago
Score 0
I actually have the normal Godzilla figure. It's pretty neat, albeit unlike other figures it doesn't have head articulation due to a dorsal fin being placed conveniently where the joint would be.
Permalink
You are ignoring the author of this comment
Show comment | Manage ignore list

48 months ago
Score 0
The Kong figure is out now just so you know
Permalink
↑ back to top ・ contents
Retrieved from "https://wikizilla.org/w/index.php?title=Funko&oldid=176479"
Categories: