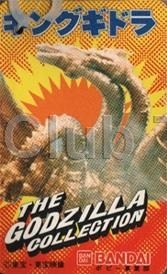 The Godzilla Collection is a toy line released by Bandai from 1983 to 1995.

In 1983, when Toho announced the production of The Return of Godzilla, the first Godzilla film since 1975, Bandai began producing its first line of Godzilla figures.

This is a list of references for The Godzilla Collection. These citations are used to identify the reliable sources on which this article is based. These references appear inside articles in the form of superscript numbers, which look like this: [1]

↑ back to top ・ contents
Retrieved from "http://wikizilla.org/w/index.php?title=The_Godzilla_Collection&oldid=156941"
Categories: