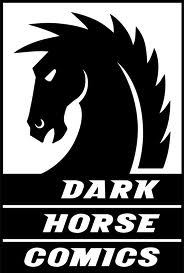 Dark Horse Publishing is an American publishing company, and one of the largest independent American comic book publishers, behind Marvel Comics and DC Comics.

Dark Horse was the main publisher of Godzilla comics throughout the late 1980's and the 1990's, including the 16-issue Godzilla, King of the Monsters series. Dark Horse also published a short-lived series of Gamera comics titled Gamera: The Guardian of the Universe. Dark Horse has also published books besides comics, such as the 2005 novel Kong: King of Skull Island. It has also produced merchandise based on its comics, such as figures of King Kong.

33 months ago
Score 0
Love their comics. Their inking is epic. (Fun fact: Mike Mignola, creator of Hellboy, did an illustration for The Godzilla Portfolio).
Permalink
↑ back to top ・ contents
Retrieved from "https://wikizilla.org/w/index.php?title=Dark_Horse&oldid=176865"
Categories: