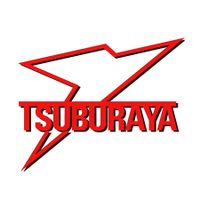 Tsuburaya Productions (円谷プロダクション,   Tsuburaya Purodakushon) is a production company and special effects studio founded by tokusatsu pioneer Eiji Tsuburaya in 1963. It is most famous for creating the giant hero Ultraman in 1966.

Toho's renowned director of special effects, Eiji Tsuburaya, founded Tsuburaya Productions in 1963 as a means to achieve greater creative freedom. Drawing from both Tsuburaya's staff at Toho and other artists from across Japan, the company's first assignment was the 1963 Ishihara/Nikkatsu film Alone Across the Pacific. Its first in-house project was Ultra Q, a black-and-white science fiction TV series about a reporter and two pilots who investigate mysterious events, in 1966. Boasting special effects comparable to Toho and Daiei's kaiju films, it was a tremendous success, and guaranteed a follow-up. Later that year, Tsuburaya debuted the color series Ultraman, starring one of the first kyodai (giant) heroes, to even greater ratings. Ultraman's formula of an alien warrior merging with a human host to defend the planet against kaiju and aliens would become the foundation for Tsuburaya's signature Ultra Series, which continues to this day.

Following Eiji Tsuburaya's death in 1970, his eldest son Hajime assumed control of the company. Tsuburaya Productions would remain a family business until 2007, when it was sold to TYO Inc. Today, Fields Corporation owns a 51% stake in Tsuburaya, with the other 49% is controlled by the toy company Bandai, whose Ultraman products have been prominently featured in every Ultra Series installment since Ultraman Ginga in 2013.