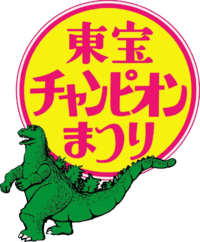 The Toho Champion Festival (東宝チャンピオンまつり,   Tōhō Chanpion Matsuri) was a Japanese film campaign held by Toho between 1969 and 1978. Kicked off by the release of All Monsters Attack and primarily aimed at children, it re-released and facilitated the new releases of Japanese films during the spring, summer, and winter seasons. Included among the festival's featured releases were every Godzilla film between 1969 and 1975, along with several of the company's other tokusatsu films. Some television series episodes were also given theatrical runs, such as those of Tsuburaya's Ultraman Taro and Mirrorman, or Toho's own Warrior of Love Rainbowman.

The festival also served as a competitor to the Toei Manga Festival, which began 6 years prior in 1963 and similarly screened movies and television episodes primarily produced by Toei.


↑ back to top ・ contents
Retrieved from "http://wikizilla.org/w/index.php?title=Toho_Champion_Festival&oldid=167955"
Categories: