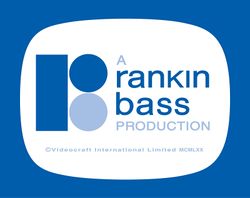 Rankin/Bass Productions was an American production company, primarily known for its holiday specials which made use of stop-motion animation. The studio was founded by Arthur Rankin and Jules Bass as Videocraft International, Ltd. in 1960. The company shut down production in 1987, and officially dissolved in 2001. Rankin/Bass' pre-1974 library is currently owned by Universal Pictures, while the remainder of its library is owned by Warner Bros. Rankin/Bass typically outsourced its animation to Japanese studios, and sometimes even collaborated with Japanese studios on live-action productions.

In 1966, Rankin/Bass collaborated with Toei Animation to produce an animated series starring King Kong, titled The King Kong Show. The show ran for 26 two-part episodes, and its success in both the United States and Japan prompted Rankin/Bass to approach Toho Company Ltd., who had produced the hit film King Kong vs. Godzilla in 1962, with the rights to produce a live-action adaptation of the series. Toho initially began work on Operation Robinson Crusoe: King Kong vs. Ebirah, but Rankin/Bass rejected the premise of the film. Toho reworked the project as Ebirah, Horror of the Deep and began production on a more faithful adaptation of the animated series, resulting in the 1967 film King Kong Escapes. Rankin/Bass would later collaborate with Tsuburaya Productions on three tokusatsu films in the late ‘70s, including The Last Dinosaur, which was also distributed theatrically in Japan by Toho.

↑ back to top ・ contents
Retrieved from "http://wikizilla.org/w/index.php?title=Rankin/Bass_Productions&oldid=129028"
Categories: