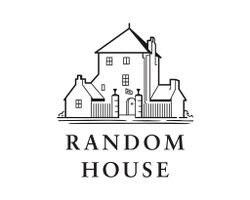 Random House is an American book publishing company, and the largest general-interest trade book publisher in the world. It is currently owned by the larger company Penguin Random House, which was formed from a merger between Random House and Penguin Group. Random House published several books in the late 1990's based on the Godzilla franchise.

Four Godzilla novels intended for young adult readers were published by Random House and authored by Marc Cerasini. A fifth novel, Godzilla and the Lost Continent, was planned, but was cancelled in the wake of TriStar Pictures' poorly received 1998 American GODZILLA film.

In 1998, Random House published a nonfiction encyclopedic book titled The Official Godzilla Compendium, which profiled information on all aspects of the Godzilla franchise up until 1998. The book was co-written by J.D. Lees, editor and publisher of G-Fan magazine, and Marc Cerasini.


↑ back to top ・ contents
Retrieved from "http://wikizilla.org/w/index.php?title=Random_House&oldid=128619"
Categories: