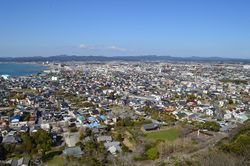 Tateyama (館山市,   Tateyama-shi) is a city located in Chiba Prefecture, Japan. It appears in the opening of the 2002 Godzilla film, Godzilla Against Mechagodzilla. 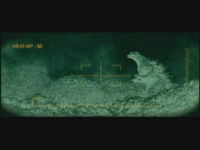 In a dark and stormy night, 45 years after the first Godzilla attack, a second one rises and begins laying waste throughout Tateyama. The Anti-Megalosaurus Force was called to stop the monster with their Maser Cannons, but nothing worked, and 8 soldiers end up getting killed by Godzilla, when he stomped on the vehicle they were in, much to Akane's horror.


↑ back to top ・ contents
Retrieved from "http://wikizilla.org/w/index.php?title=Tateyama&oldid=128265"
Categories: