This page covers Maser Cannons in general. For information on specific models of Maser Cannons, please consult their individual articles.

The Maser Cannon (メーサー兵器,   Mēsā Heiki, lit. Maser Weapon) is a fictional weapon featured in many of Toho's sci-fi and fantasy films, making its first appearance in the 1966 film The War of the Gargantuas. There have been several varieties, but each function in a similar way and have a similar appearance. Variations of the Maser have appeared in 13 films thus far. Since their inception, Maser Cannons have typically been employed as anti-kaiju weapons, due to the ineffectiveness of conventional military weaponry against them.

Maser Cannons are named after real-world maser devices, an acronym for microwave amplification by stimulated emission of radiation. However, the Japanese katakana spellings for the fictional Masers (メーサー,   Mēsā) and the real-world maser (メーザー,   Mēzā) technology differ by one character.

The Maser Cannon bears a strong resemblance to the Markalite Cannon from 1957's The Mysterians. This gigantic satellite-like weapon fired a ray from its center, and proved to be very effective against the Mysterians' advanced alien forces. A similar weapon also appeared in its 1959 sequel Battle in Outer Space. In 1961, the movie Mothra featured the famous Atomic Heat Ray Gun, a Markalite-like weapon that took the basic design that was featured in the previous films and placed it on wheels. This tank-like design was refined five years later in The War of the Gargantuas, which finally introduced the Type 66 Maser Cannon. After proving effective against Gaira, Maser Cannons would be used to combat Gigan and King Ghidorah, although with less success, in 1972's Godzilla vs. Gigan.

In the Heisei series, a predecessor to the Maser Cannon called the N1-00 was employed against Godzilla in The Return of Godzilla. The sequel Godzilla vs. Biollante introduced the MBT-MB92 Maser Cannon, and numerous other ground and aerial models were developed from this weapon.

In the continuity of the Kiryu Saga, the Atomic Heat Ray Gun from Mothra canonically influenced the development of Maser Cannons which were introduced against Gaira in 1967. The Type 66 Maser Cannon saw use against many other kaiju from that point onward, and was eventually replaced with the improved Type 90 model.

Although there are several different types of Maser Cannons, most have a similar appearance and typically function in the same way. A Maser Cannon is consists of a satellite dish-like head which projects a steady blue beam of atomic energy that resembles a bolt of electricity. A Maser Cannon can be mounted on a variety of machines, but it is usually affixed to large tanks. A Maser tank supports its laser firing system in the form of a large arm ending in the rounded head that fires the beam. Usually, the arm lowers down when the tank is moving, and rises to take aim at the intended target. In comparison to the vast majority of military weaponry, the Maser Cannon has proven to be very effective against some monsters, the best example being Gaira.

In Destroy All Monsters, the Moonlight SY-3's Exploration Car was equipped with two small Maser Cannons which it used to assault the Kilaaks' Moon base. Beginning in the Heisei series, the JSDF began experimenting with the placement of Maser Cannons. While the MBT-MB92 resembled the classic design of a tank with a large satellite dish affixed to it, the subsequent MBAW-93 model replaced this with dual Maser cannons that were much smaller in size. Godzilla vs. Mothra introduced the ASTOL-MB93 Maser Attack Aircraft, which marked the first use of Maser Cannons by an aerial vehicle. G-Force's Garuda aircraft in Godzilla vs. Mechagodzilla II was equipped with powerful long-range High Power Maser Beam Cannons. In Godzilla vs. SpaceGodzilla, the anti-Godzilla mecha MOGUERA possessed a Plasma Maser Cannon mounted inside its chest. Godzilla vs. Destoroyah introduced CLT-95 Maser tanks, which returned to the classic design but now fired an ultra-low temperature (ULT) cryolaser in place of the typical atomic heat laser. Several MBT-MB92 units were modified to use these cryolasers as well.

The Millennium iteration of Mechagodzilla, Kiryu, was equipped with a dual mouth-mounted Maser Cannon which functioned similarly to Godzilla's own atomic breath. After being modified by the JXSDF, Kiryu's Absolute Zero Cannon was replaced with a chest-mounted Triple Hyper Maser Cannon.

In Godzilla: Final Wars, the New Gotengo could fire a Maser Cannon from its drill that was capable of freezing targets. The Earth Defense Force's Mutant soldiers were also armed with hand-held Maser rifles, which were used in combat with Ebirah.

There are many types of Maser Cannons, ranging from different models of tanks and aircraft to weapons wielded by mechas or handheld weapons.

The Type 66 Maser Cannons were first utilized in an attempt to kill Gaira. They nearly succeeded until Gaira's "brother" Sanda stepped in and saved him. Gaira attacked several of the Maser Cannons until Sanda led him away towards the mountains. They were used again in Tokyo, where Gaira and Sanda fought each other before taking their fight out to the harbor, and then the ocean.

Captain Katsuo Yamabe and the crew of the Moonlight SY-3 used the miniature Maser Cannons mounted on the Exploration Car to assault the Kilaaks' lunar base. Yamabe then removed one of the Masers and used it to open fire on the Kilaaks' mind control device, successfully destroying it and severing the aliens' control over the monsters of Earth.

New Type 70 Maser Cannons were deployed by the JSDF when Anguirus was sent from Monster Island by Godzilla to investigate the activities of the M Space Hunter Nebula Aliens. Maser Cannons were lined up on the shore and opened fire on Anguirus, who did not retaliate but turned around and returned to the island to get Godzilla's help.

Later, when Gigan and King Ghidorah were attacking Tokyo, Maser Cannons were deployed to stop them. The cannons seemed to be effective against Gigan, but were destroyed by King Ghidorah's gravity beams.

Type 70 Maser Cannons were among the many weapons deployed to stop Megalon's rampage. However, Megalon destroyed them and the rest of the attacking vehicles present in the battle. 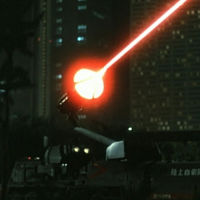 The N1-00 was created as a defensive weapon by Japan during the Cold War. They were deployed when Godzilla attacked Tokyo in 1984, and managed to distract him long enough for the Super X to arrive. They then retreated. The technology used in the N1-00 was later used to create the MBT-MB92 and other Maser Cannons.

The MBT-MB92 was developed by the JSDF using similar technology used in the N1-00. Several MBT-MB92s were deployed against Godzilla on the Wakasa plain in an attempt to raise his body temperature so the Anti-Nuclear Energy Bacteria could take effect.

After Godzilla defeated King Ghidorah, he traveled to Sapporo. The JSDF deployed two MBT-MB92 Maser Cannons to stop him alongside units of infantry, fighter jets and conventional tanks. The MBT-MB92s relentlessly fired on Godzilla, and he fell through a building in an attempt to reach the JSDF units, roaring in pain as the beams from the two MBT-MB92s rained down on him. Once Godzilla regained his footing, he quickly dispatched the MBT-MB92s with his Atomic Breath, then continued on his rampage across Japan.

A new model of Maser Cannon, the MBAW-93, was deployed against the larval Battra when he attacked Nagoya. However, the weapons had no effect on the armored larva and were easily defeated.

Later, when Godzilla emerged from Mount Fuji, several MBT-MB92s, MBAW-93s, and a new Maser Cannon-armed aircraft, the ASTOL-MB93, were deployed to stop him from reaching Yokohama. The various Maser weapons were ineffective against Godzilla, who made short work of them with his atomic breath.

An MBAW-93 Maser Cannon in Godzilla vs. Mechagodzilla II

After Godzilla initially defeated Mechagodzilla, G-Force deployed several MBT-MB92s and MBAW-93s along with other conventional forces to try and halt Godzilla's approach to Kyoto. The Masers were still unable to faze Godzilla, who obliterated them with his atomic breath and crushed the other vehicles under his feet.

A CLT-95 ULT Maser cannon (left) with a modified MBT-MB92 (center) and MBAW-93 (right) in Godzilla vs. Destoroyah

A new type of Maser Cannon, the CLT-95, was developed by the JSDF and G-Force with new freezer technology. These vehicles were now armed with new ultra-low temperature (ULT) Maser Cannons, also known as cryolasers. The CLT-95s were deployed alongside MBT-MB92s and MBAW-93s and other conventional forces armed with cadmium shells to engage the Juvenile Destoroyahs on the outskirts of Tokyo. Dr. Kensaku Ijuin proposed that cold-based weapons would liquefy the Micro-Oxygen in the creatures' bodies and kill them. The combination of freezer weapons and Maser beams seemed effective at first, until the Destoroyahs merged together into a single giant monster. The Aggregate Destoroyah destroyed some of the military's forces before transforming into a Flying Form and flying away.

Later, the CLT-95s and other Maser Cannons were deployed during Godzilla and Destoroyah's final battle near Haneda Airport. When Destoroyah tried to fly away, the Maser Cannons and the Super X3 fired their cryolasers at the beast's wings, causing him to plummet to the superheated ground below and disintegrate. When Godzilla began to melt down, they unleashed their entire payload of freezing and cadmium weapons in an attempt to freeze him while he melted and minimize the damage. This tactic proved successful in preventing Godzilla from burning into the Earth's core, while the deadly excess radiation was absorbed by the fallen Godzilla Junior, reviving him as an adult Godzilla. 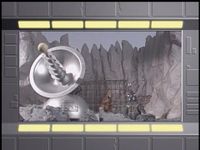 In one episode, a stationary Maser Cannon was employed by Zagres to prevent Godzilla and the other monsters from reaching Junior. The weapon was also guarded by Megalon and Battra. When Godzilla attempted to rescue his son, the Maser Cannon fired on him, sending him into full-on retreat from the weapon's painful beam. Rodan arrived, and carried Godzilla to safety, where they then formulated a plan. A combined effort by Godzilla, Rodan, Mothra and Moguera succeeded in distracting the enemy monsters, and Godzilla deactivated the Maser Cannon by firing his Atomic Breath at it. 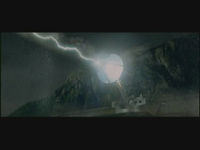 In 1966, Maser Cannons were developed using the same technology as the Atomic Heat Ray Gun in order to fight Gaira. Following this success, the Anti-Megalosaurus Force (AMF) mass-produced the vehicles for use in case of other kaiju attacks on Japanese soil.

In 1999, when Godzilla attacked Tateyama, the AMF deployed their newest Maser Cannon model, the Type 90, to stop him. The Masers' power, already reduced by the rain, was ineffective against Godzilla, who wiped out a large portion of the AMF's forces. Following this failure, the AMF began construction of a new anti-Godzilla weapon, Kiryu, which featured an oral-mounted Maser Cannon.

When Godzilla came ashore in Tokyo, several Type 90 Maser Cannons were deployed to stop him while Kiryu was being repaired. When the AMF realized they could not repair Kiryu's Absolute Zero Cannon, it was replaced by the chest-mounted Triple Hyper Maser Cannon.

Maser Cannons were deployed by the Earth Defense Force alongside the Gotengo to battle Godzilla in Antarctica in the 1960's. The Maser Cannons proved ineffective, as they were all destroyed early in the battle.

When the Gotengo was recommissioned as the New Gotengo decades later, it was outfitted with several Maser Cannons, including one on the tip of its drill which could function as an Absolute Zero Cannon.

Maser Turrets mounted outside Monarch's Castle Bravo base prepared to fire on Godzilla as he approached, though they ultimately stood down.

↑ back to top ・ contents
Retrieved from "http://wikizilla.org/w/index.php?title=Maser_Cannon&oldid=176425"
Categories: